LoginSign Up
Table of contents
Lesson 9
What is crypto staking? 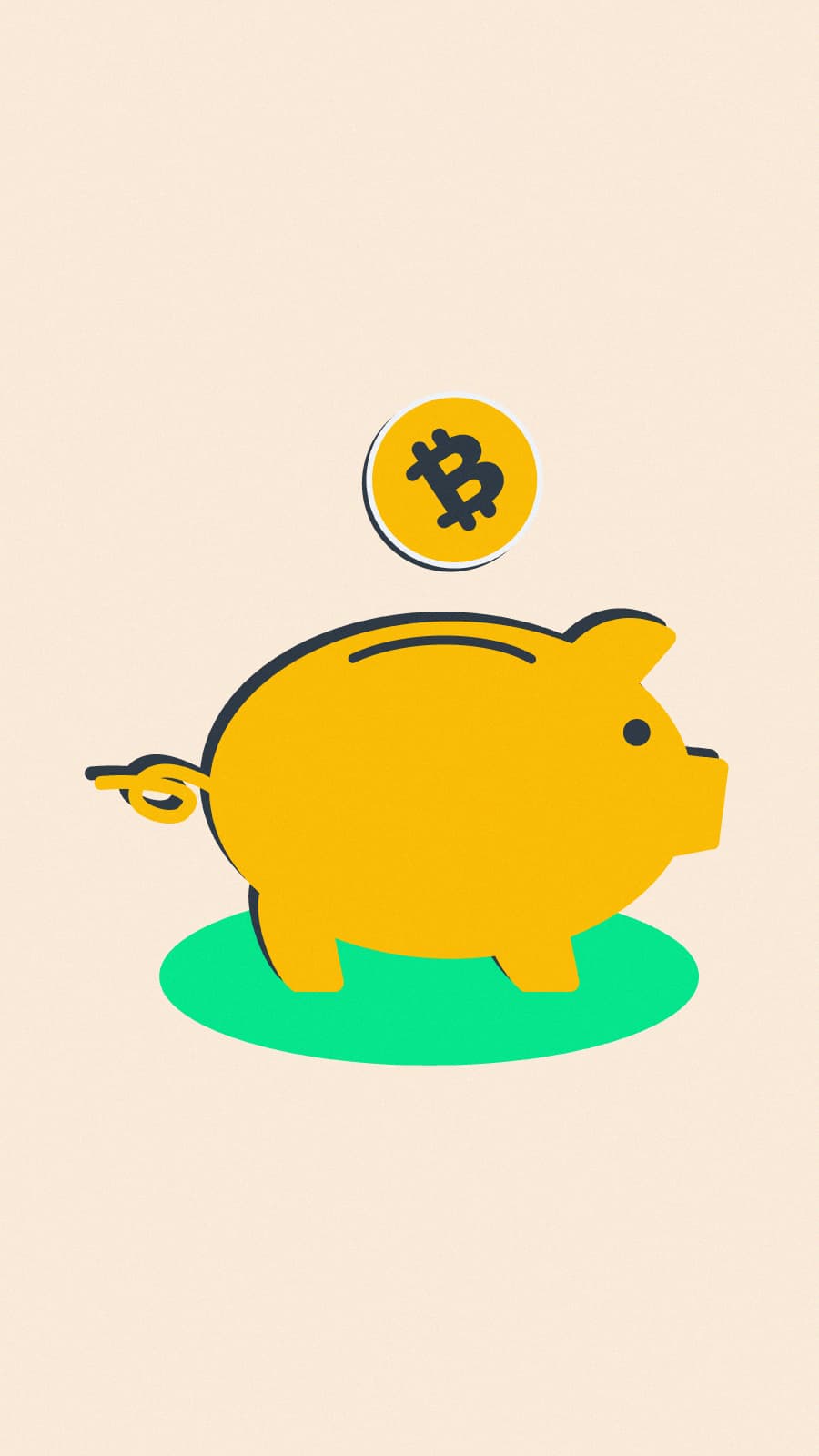 What is crypto staking?

Increasingly, the word ‘staking’ is mentioned in combination with crypto trading. This is a popular investment strategy whereby crypto investors are able to earn passive income. Staking works by fixing a cryptocurrency of Proof of Stake (PoS) mechanisms in smart contracts, with a reward in return.

Staking itself happens by fixing cryptocurrency, allowing transactions to be validated and for new blocks to be added to a Proof of Stake blockchain.

It only works with Proof of Stake protocols, which is a more sustainable alternative for the energy-draining Proof of Work (PoW) consensus mechanism. PoW uses a lot of computer power to answer complex cryptographic questions or puzzles. This requires large and powerful computers that use a lot of energy to perform their task. This process is called ‘mining’, and only the first miner to find an answer will receive a reward and add the next block. Bitcoin, and currently Ethereum, are examples of this. Ethereum is in the process of switching from the PoW mechanism to the PoS mechanism.

Proof of Stake is an answer to PoW to more sustainably add blocks to a blockchain. With PoS, the person staking the largest amount of tokens will have the most chance of adding the next block. During staking, the cryptocurrency are stored in a wallet and cannot be used to trade. However, a reward is received during the staking period, which can generate passive income. This is similar to a bank’s interest, except that the staking rates for cryptocurrency are generally much higher than the interest earned on fiat money kept with banks.

Every PoS mechanism has different rules around participating in staking. There may be differences in the minimum input, or in the length of time the amount needs to be stored.

How does staking work?

Staking works by buying cryptocurrency from a PoS blockchain. Holding a currency does not necessarily mean that someone will also be selected. This person will still have to lock this currency in with a smart contract. It’s only then that someone may be selected as a validator.

What are staking pools?

Staking pools allow stakers to combine their input, and to create a staking pool on a decentralized exchange (DEX). This makes it possible to take part in staking even if the minimum stake per staker is not met. By combining inputs, this minimum amount is in fact reached. The pool is a smart contract where every participant locks their input, and this pool is controlled by a pool manager.

Every staking pool has a different APY (annual percentage yield), which is the annual interest rate. It is therefore important with every staking pool to first investigate the APY rate, and how long tokens need to be fixed for. In addition, staking pools often come with high costs, as a result of which the profit is adjusted downward.

With every form of staking, new coins of that specific blockchain are minted when a new block is added to the blockchain, and issued to the validator as reward. It is also possible for a different type of cryptocurrency to be issued as reward.

Tokens used for staking will remain in the possession of the participant, even though they are locked in with a smart contract. However, they cannot be traded with for the duration they are used for staking. When a participant decides to stop staking, he will receive the tokens back in his wallet, allowing him to use them for example for trading.

With some protocols, this process – called ‘unstaking’ – can take a while. It is also possible to prevent tokens from being removed from the staking process for a fixed period. Depending on the protocol, it is then not possible at all to stop with staking until the fixed period has passed. It may also be that a staker is fined if he decides to stop before the end of the period.

Are there other staking protocols?

In addition to the Proof of Stake protocol, there are a few other variations to PoS.

With Delegated Proof of Stake, the participants in the staking process are called ‘delegators’. These delegators are selected to validate new blocks by sending tokens to a staking pool, and then subsequently link them to a specific delegate. The tokens do not need to be transferred to another wallet, instead a staking service provider will ensure that the tokens end up in a staking pool.

With DPoS, a smaller number of delegates is used. There are about 20 to 100 delegates from which someone can be chosen to add new blocks to the blockchain. This means that the delegates are fast-changing, and that not always the same delegates will add new blocks. The chosen delegates will receive a reward after adding a new block, and will share this reward with the pool. The higher someone’s share in the pool, the higher that person’s reward. If someone participates in the total pool for 5%, that person will also receive 5% of the reward. DPoS makes it easier to participate in staking than PoS, because it is not based on the number of tokens held.

Blockchains like Cardano, EOS and Tron use the Delegated Proof of Stake mechanism.

With Nominated Proof of Stake, there are two actors. Namely the validators and the nominators. The validators add new blocks to the blockchain, but need tokens to support them. Because they depend on these tokens, they will also follow the rules. If they fail to do so, their tokens will be removed by way of fine. This is also called ‘slashing’.

The nominators in turn can support validators by ‘nominating’ tokens to a validator. They can support up to 16 validators with their tokens. In turn, they will receive a portion of the validators’ reward. The nominators’ tokens, however, are also subject to slashing if a supported validator does not follow the rules.

NPoS makes staking more accessible for investors with a smaller budget. Examples of blockchains that use NPoS are Kusama, Polkadot and Edgeware.

What is yield farming?

Yield farming is another way to generate passive income. Cryptocurrencies are locked in a liquidity pool in the form of smart contracts, and other users of this liquidity pool can then borrow this cryptocurrency. They pay interest for doing so, which is paid to the pool participants. This is only possible on a DEX, and it also involves risks. A liquidity pool consists of two tokens, which a pool participant must submit to the pool on an equal 50:50 basis. For every transaction taking place in a pool, fees are charged that flow back into the pool and that, depending on the percentage share of a pool participant, is paid out. Someone with a 10% share in a pool will thus receive 10% of the pool’s reward. A liquidity pool does not have an order book, and all transactions take place directly on-chain. In a liquidity pool, you trade with a smart contract rather than a person. The price of the tokens in the pool is determined by an algorithm.

Yield farming is therefore a different form of passive income than PoS, because in the case of yield farming, crypto is invested into a liquidity pool. This input is then borrowed by other pool users, and they pay interest to do so. The input can be small, in which case the profit will also be small.

What are the risks of staking?

Like many other financial transactions, participating in staking involves risks, with the below being the most important ones.

Staking is a way to generate passive income with cryptocurrency. Not everyone necessarily needs to be a validator, and still participate in the staking process by outsourcing the staking to another validator. This way of generating income is becoming increasingly popular among crypto traders. A big advantage of the Proof of Stake mechanism is that it is much more sustainable than the Proof of Work mechanism.

Because there can be large differences in the terms of participation in PoS blockchains, it is important to carefully investigate this. This will ensure proper knowledge about the minimum amount of tokens required to participate in staking, the length of the lock-up period, and the potential profit to be paid out. However, this is never a guarantee for actual return.

Although yield farming and staking are often confused, there is a big difference between these two processes. Two popular ways of generating passive income, but they work according to two different principles. Yield farming is a different form of passive income than PoS, because with yield farming crypto is invested into a liquidity pool. Other pool users are then able to borrow this input, and pay interest (yield) on the borrowed amount. This is only possible with a DEX and can be done with a small amount, although the profit will then also be limited. With staking, cryptocurrencies are locked, and a reward is paid. Staking can be done on a DEX and a CEX.

Table of contents
Intermediate - Lesson 9
Go to the next lessonWhat are ICOs, IEOs and fair launches?