LoginSign Up
Table of contents
Lesson 10
What are ICOs, IEOs and fair launches? 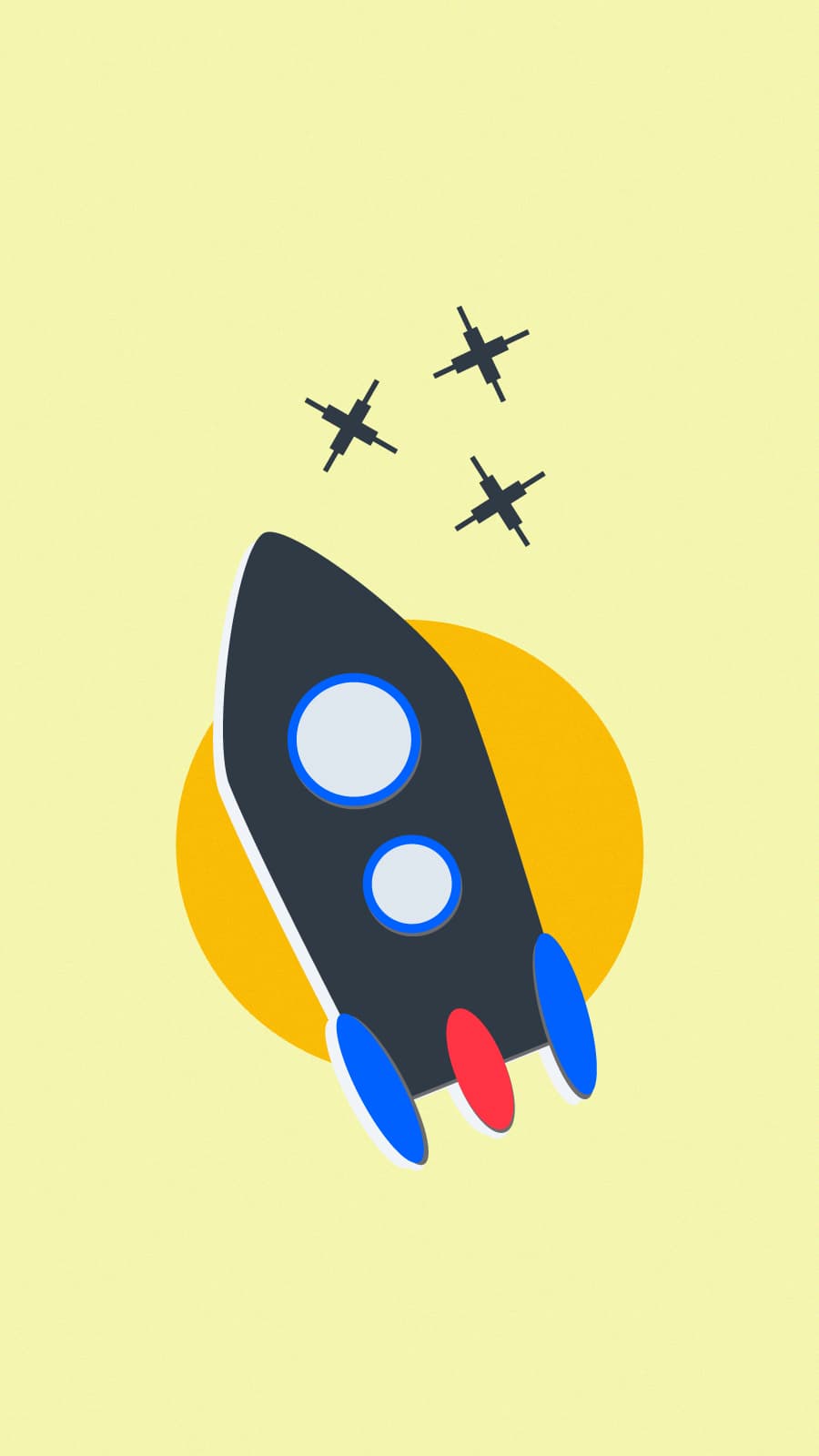 What are ICOs, IEOs and fair launches?

The development of a blockchain project requires capital which start-ups themselves often do not have.

An ICO or IEO is a way for start-ups of crypto projects to raise this capital money. People who have confidence in the operation of the project can invest in it early. In return, they receive special utility tokens, which they can later exchange for the developed cryptocurrency. In order to attract as many investors as possible, the price they have to pay for this is often very advantageous.

The way these tokens are distributed are according to the traditional venture capital (VC) launch model. Participants in the ICO or IEO are then given priority over the public sale.

Increasingly, however, projects are opting for the fair launch model, where all tokens go into the public sale and no one gets priority. Even the developers will have to buy tokens themselves during the public sale.

What is an ICO (Initial Coin Offering)?

ICO stands for Initial Coin Offering and can be compared to crowdfunding for crypto projects. When a company has an idea for the development of a blockchain project, with or without a cryptocurrency, money is needed to realise this idea. For example, developers and programmers must be paid and the marketing campaign must also be paid for.

The company could set up an ICO to raise this money. They then sell so-called ‘utility tokens’ that serve as proof of payment. These tokens then run on another blockchain, as the project itself often does not yet have its own blockchain.

When the project is ready, the early bird investors can exchange their utility tokens for the actual cryptocurrency of the project. Because the project could not have been developed without these investors, they receive the cryptocurrencies at a favourable price.

What can you do with an ICO?

People can make money by participating in an ICO. There are several websites where it is possible to find an ICO. Almost anyone can add an ICO to such websites, after which crypto investors can choose an ICO to participate in.

The big advantage of an ICO is that a crypto trader gets the chance to get involved in a project very early, which means that tokens and crypto coins can be bought for a relatively cheap price. Of course, an ICO never guarantees a positive return. After all, it is not certain that the value of the new cryptocurrency will increase in the future.

What are the disadvantages and risks of an ICO?

There have been many different ICO scams and frauds in the past. As mentioned earlier, anyone can start an ICO. All anyone has to do is register on a website where ICOs can offer themselves to the public.

There is no screening on many of these websites. This also allows scammers to register themselves, without actually intending to start a crypto project.

In many cases, ICO scams look incredibly realistic. Scammers create a website and a number of social media profiles and give the impression that they are actually planning to set up a blockchain or cryptocurrency.

After several victims have sent cryptocurrency to a wallet address, the ICO disappears. On the Internet, all websites and profiles have been removed and nothing more can be found about the project. Victims can do almost nothing, because they do not know who is behind the ICO.

Want to know more about ICO scams and how to avoid becoming a victim? Then click here.

Another disadvantage of ICOs is the lock-up period that is set. For example, sometimes it is only possible to sell 100% of the crypto coins after X number of months. This ensures that crypto traders cannot always capitalise on price increases. Teams behind an ICO set these kinds of rules to prevent owners of the cryptocurrency from selling their tokens immediately after launch, which can result in a price drop.

What is an IEO (Initial Exchange Offering)?

An IEO is a form of crowdfunding for crypto and blockchain projects that is run entirely by a crypto exchange. IEOs have become increasingly popular due to the increase in ICO scams and frauds. This has been at the expense of ICOs, which have declined in popularity as a result.

The advantage of an IEO is that investors have more certainty about the legitimacy of the project for which money is being raised. An exchange will have to check projects strictly in advance, as they are putting their reputation on the line.

The moment an IEO turns out to be a scam, an exchange will lose many customers. This means that they are more or less obliged to check applications strictly before they are offered on the exchange. IEO providers, i.e. crypto exchangers, often have a large team of people who perform the verification.

An IEO also results in several advantages for the companies that want to raise money for the development of their project. Indeed, they can make use of the brand awareness and marketing that a large exchange has. By linking their name to a major brand name within the crypto world, their project will look more reliable to the outside world, which may result in an increase in revenue from the IEO.

What can you do with an IEO?

As is the case with an ICO, it is possible to make money with an IEO. Crypto projects need money for development and investors can provide this. In exchange, the start-up will issue utility tokens, which serve as proof of participation.

Once the crypto project is developed, investors can exchange their tokens for the project’s cryptocurrency. This could then start to increase in value, allowing investors to make money from the sale of this cryptocurrency.

What are the disadvantages of an IEO?

Although the likelihood of a scam in an IEO is lower than in an ICO, the inherent risk of investing remains. This is because investors never have complete assurance that a project will succeed. The tokens they purchase from an IEO may also depreciate in value after launch, so investors could lose money by participating in an IEO. It is therefore important to do proper research on an IEO beforehand and not just follow the advice of others. This will reduce the chance of losing stakes, although of course it is always present. In addition, both an IEO and ICO will only allow for a maximum number of coins to be purchased.

What is the difference between an IEO and ICO?

The main difference between an IEO and ICO is the place where the money is collected. Anyone can start an ICO. There are several websites offering ICOs and usually there is no screening or verification before an ICO is placed on the website. This means that fake ICOs can also be posted on these kinds of websites, ripping people off.

An IEO is a type of ICO held by a major exchange. A company can apply to the exchange to hold an IEO, then the exchange will verify the company. In this way, they want to provide protection for the exchange’s customers. An IEO is therefore often seen as a safer method than the ICO, although of course there always remains a risk of losing money.

What is a fair launch?

A fair launch is a way in which a crypto project could distribute its tokens after the launch of the project. It is a fairly new way that is being used more and more often and is contrasted with the traditional VC launch.

To better understand fair launch, it is good to first understand how a VC launch works.

A VC launch is a way of distributing tokens after a crypto project has gone live. The tokens are first distributed to private groups at the VC launch. Think, for example, of participants in an ICO/IEO, developers, acquaintances of the founders, influencers, companies that contributed to the development, etc. Only when they have first received their tokens will the remaining tokens go on sale to the general public.

According to many people, this goes against the principles of blockchain. Founders give certain groups an advantage over the public. What’s more, the people receiving tokens in advance will not necessarily also be those who have actually contributed to the project. In this case, the founders of the project will take on a role similar to that of a central bank.

The fair launch model is an increasingly common way of token distribution. After the launch of the project, all tokens will go on public sale. The founders of the project do not give other groups of people priority over the public. Even the founders themselves do not receive free tokens. They will have to buy the tokens at the public sale like everyone else and pay the same price as everyone else.

This way of distributing the tokens is, according to many people, a lot fairer than the VC launch model. This is because everyone has equal opportunities and certain groups are not favoured over other groups of people.

When a company wants to develop a blockchain project it needs funding. They can start a crowdfunding campaign for this, in the form of an ICO or IEO. An ICO can be started by anyone by registering on a website that offers ICOs.

People can invest money in a project, which funds its development. In exchange for the investment, these people receive utility tokens, which can later be exchanged for the actual cryptocurrency of the project. In this way, they can receive them at a very attractive price.

There have been many ICO scams and frauds in the past. After all, anyone can create an ICO, so this also attracts scammers. An IEO is seen as the safer way of an ICO, because the IEO is held on a large exchange. The exchange will strictly screen projects in advance to prevent major scams.

When a project is ready, they will start distributing their tokens. This can be done according to the traditional VC launch model, where special groups are given priority for sales. Think early investors, founders and partners. An emerging alternative method of token distribution is a fair launch, where all tokens are released for public sale. This means that founders will also have to buy tokens themselves, as everyone else must. This ensures that token distribution is decentralised.

Table of contents
Intermediate - Lesson 10
Go to the next lessonWhat are stablecoins?