LoginSign Up
Table of contents
Lesson 16
What is the metaverse? 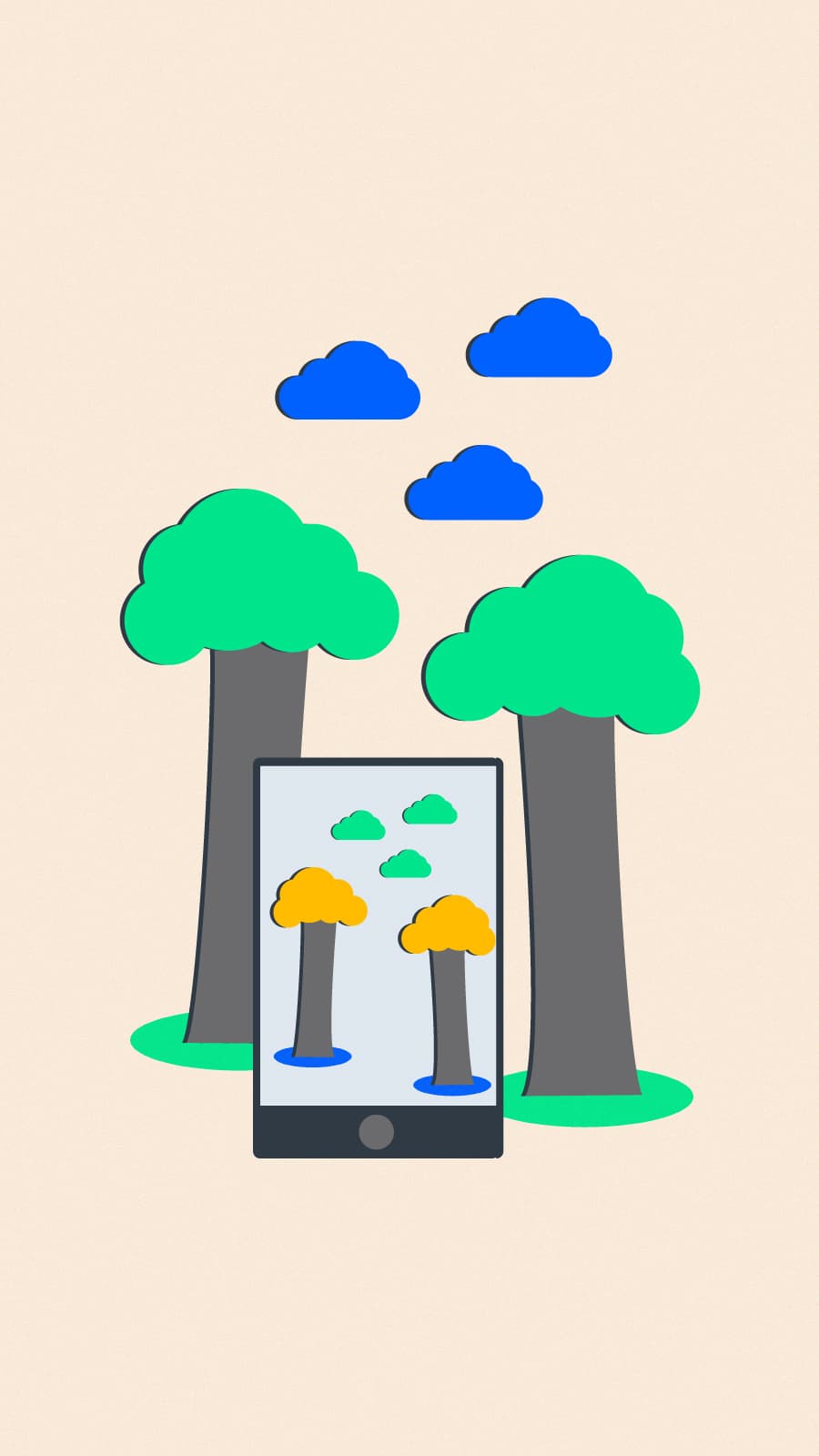 What is the metaverse?

The term metaverse first appeared in two science fiction books published in 1992 and 2011.

‘Snow Crash’ by Neal Stephenson and ‘Ready Player One’ by Ernest Cline are at the root of the name metaverse. The stories are set in a virtual world.

Today’s metaverse is a digital 3D world that anyone can participate in through VR (Virtual Reality) and AR (Augmented Reality). It is possible to walk around in the metaverse via a personal avatar that can be dressed completely according to one’s own taste. It is also possible to visit the metaverse in 2D via a computer.

The early stages of the metaverse are similar to when the Internet began. No one knew exactly what the Internet was and how it could be used. In the beginning, the Internet was static and we now know that as Web 1.0. The Internet grew over time and new adaptations kept coming, leading to today’s Web 2.0.

What uses does the metaverse have?

Many different uses of the metaverse can be imagined. In this virtual world, users can store, travel, learn, participate in games and visit events. Almost everything that is possible in the physical world can therefore also be done in the metaverse.

A number of applications of the metaverse are listed below.

Zoom, Skype and Google Meet are good solutions for remote meetings and were widely used during the Covid-19 pandemic, but also show the limitations of Web 2.0. At a meeting in the metaverse, everyone can be present via an avatar in 3D in real time and it looks like a real meeting is taking place.

Developers will be able to set up meeting rooms completely according to their own wishes. Instead of looking at a screen, meeting participants can interact with each other.

Gaming is big business and involves large amounts of money. In 2021, more than USD 180 billion in revenues was generated in it, 1.4% more than in 2020. Several traditional games are already available in a metaverse, such as Fortnite or Roblox.

In 2021, however, 58% of the gaming world was taken over by games built on blockchain technology. These games offer several advantages and the most striking is the ‘play to earn’ (P2E) concept. This gives game participants full ownership and control over all in-game items they own. These in-game items come in the form of NFTs and are stored in a crypto wallet.

Virtual travel gives a new dimension to the word travel. Whereas YouTube’s 360º videos only show what has been recorded beforehand, in the metaverse it is possible to discover everything yourself, as long as a virtual version of this world has been created.

For example, it is now possible to virtually see the room when booking a hotel. Another option is that famous places in the world, such as museums, offer a virtual tour. What makes it even more interesting is that the virtual guide gives the tour as a hologram in a city where the guide is not even present at that time.

What would it be like to walk around in a virtual version of the Acropolis or Agora in Athens, which had been fully restored to its original form? Or how about a virtual tour of Disney World? These are things that are in fact already a reality.

What are the most well-known metaverse crypto projects?

Various projects have already been set up in the metaverse. This ranges from games to projects where digital skyscrapers are being built. Below is a summary of the most important and most popular crypto projects that focus entirely on the metaverse.

Decentraland was developed in 2016 as a 2D game, but has made a successful transformation to the Ethereum blockchain and the metaverse. The game features virtual plots of land saved as NFT. There has been a lot of trading in these pieces of land recently. A piece of digital real estate on Decentraland costs at least 4000 MANA, which at the time of sale was valued at 15,000 US dollars. The most expensive piece of land to date sold for $2.43 million.

It is also possible to develop this property. For example, hotels, shopping malls, casinos, restaurants or sports stadiums can be built on it. Money can then be earned from this in more or less the same way as in our physical world. For example, users can sell plots of land and real estate as NFT to other users.

Decentraland is not just a game, although there are plenty of gaming elements in this metaverse.

MANA is the cryptocurrency of Decentraland and can be bought on Bitvavo here.

Bloktopia is a digital skyscraper that consists of 21 floors, as a tribute to the limit of 21 million Bitcoins that are available.

Anything is possible inside the building: shopping, meetings, playing games, etc. However, these are just a few examples. Bloktopia has four principles, which are learning, earning, playing and creating.

BLOK is Bloktopia’s cryptocurrency and it is built on the Polygon blockchain.

The Sandbox is a game that was already developed in 2011 as a mobile game. It has since also successfully made the move to the Ethereum blockchain and the metaverse. With their own avatar and digital identity, players can walk around in this game.

All items, such as the avatar, pieces of land, buildings, and so on, are NFTs. Via the VoxEdit and Game Maker tools, players can design and build these in-game items, after which they can sell them. In The Sandbox, pieces of land are again for sale and can be built on. It is also possible to give a virtual concert, which rapper Snoop Dogg has already done several times.

SAND is the cryptocurrency of the Sandbox and can be purchased on Bitvavo here.

Enjin runs on Ethereum and is a blockchain platform that primarily designs in-game objects for blockchain games in the form of NFTs.  Users of the platform can easily design and mint their own NFTs. This can be done with so-called ‘software development kits’, or SDKs.

As NFTs are widely expected to play an important role in the metaverse, Enjin wants to provide a secure platform for minting NFTs.

Enjin has developed Efinity, a cross-chain NFT blockchain, which is built on the Polkadot blockchain. Efinity will be able to support NFTs from any blockchain.

ENJ is the cryptocurrency of Enjin and can be purchased on Bitvavo here.

Star Atlas is one of the first AAA games to be built on a blockchain. AAA means that a game has been developed by a major producer.  Major producers usually have very generous budgets, which benefits development and marketing. Star Atlas runs on Solana’s blockchain.

It is a MMORPG (massively multiplayer online role-playing game) game that requires smart strategy from the player. This game is based on a journey through space with dozens of different planes and spaceships. The visual aspects of this game are supported by Unreal Engine 5.

Star Atlas has two tokens. These are the ATLAS token for in-game transactions and the POLIS token for management.

The metaverse is still in its infancy, but it does have the potential to become an important part of our lives in the short term. It is a further development of the internet as it is known today, with many more possibilities than Web 2.0. Think of a virtual 3D world that anyone can enter through VR and AR glasses.

There are already several applications for the metaverse. In our daily lives, for example, virtual meetings can be attended via one’s own avatar. This gives another dimension to online meetings, compared to how they are currently taking place with Web 2.0 applications such as Zoom or Skype.

Especially in the gaming industry, the metaverse will play a major role with crypto and blockchain technology. Blockchain has properties that are important for a properly functioning metaverse. Think of interoperability, decentralisation and security. It also provides property rights to objects, as they are stored as NFTs.

The question is how large companies such as Meta (formerly Facebook) or Microsoft will set up their own centralised versions of the metaverse. Cooperation between the two virtual worlds, possibly one with and one without blockchain technology, would be possible. There are still many unanswered questions in this area and the metaverse will undoubtedly continue to evolve.