LoginSign Up
Table of contents
Lesson 8
How does a blockchain transaction work? 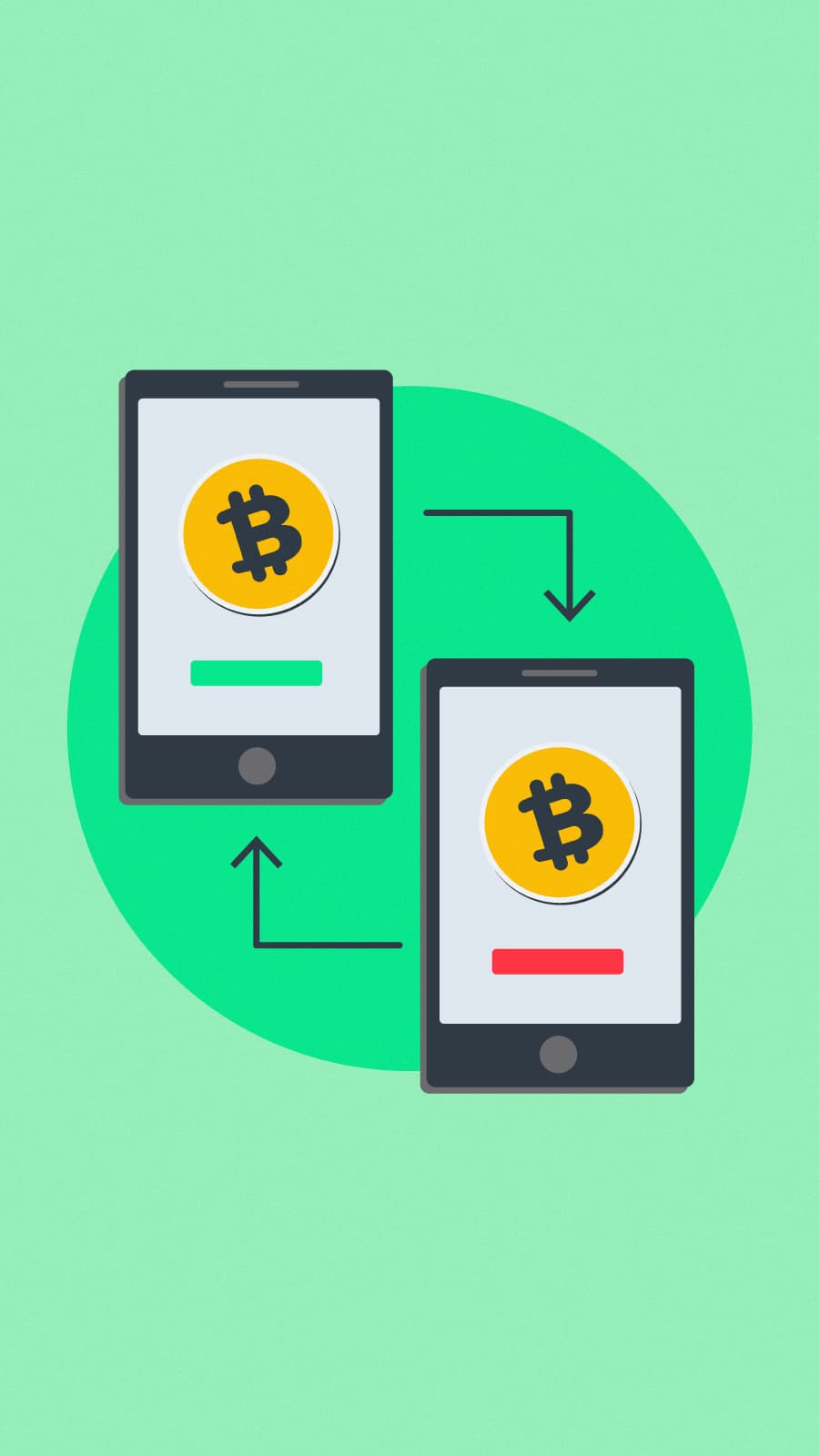 How does a blockchain transaction work?

Unlike a wallet with fiat money, a crypto wallet does not actually contain crypto coins. A wallet stores the private and public keys, but also all transactions performed to and from the wallet address. With the overview of all executed transactions, a balance can be drawn up to calculate the total number of crypto coins in a wallet.

A private key is also linked to a public key. A private key consists of a sequence of 64 numbers and letters. As the name suggests, it is important not to make a private key public. A private key is a kind of password that gives permission to send a certain amount of cryptocurrency from a specific wallet to a new address.

This means that a wallet address is not the same as a public key, as is often thought. Each public key is 256 bits long. The resulting hash is 160 bits long and case sensitive.

A blockchain transaction consists of 3 components: a sender, a receiver and a quantity. It is possible that the sender and the receiver are the same person, i.e. when someone wants to move cryptocurrencies from one wallet to another wallet. It is therefore better to speak of input (sender) and output (receiver).

Calling a sender and receiver ‘input and output’ is a simplification of reality. Indeed, an input contains all information from previous transactions to the sender. An input is therefore based on previous outputs. Depending on the amount, multiple inputs may be required. This becomes clear with an example:

In addition to multiple inputs, multiple outputs may also be required. The above example then becomes:

Daan has a total of 2 BTC (1 BTC from Floor and 1 BTC from Marijn). He wants to send these 2 BTC to Lisa. The output of this transaction is 2 BTC to Lisa’s public key.

Daan has a total of 2 BTC and wants to send 1 BTC of that to Lisa. There are two outputs associated with these transactions. The first output is 1 BTC to Lisa’s public key. The second output is the change that remains. Daan has 2 BTC of which he sends 1 BTC to Lisa. So he still has 1 BTC change left that is sent back to his wallet. This is the second output of this transaction.

Carrying out a transaction is done via a wallet in the cryptocurrency software. The software asks you to provide the recipient’s public key and specify the amount. It is therefore not necessary to enter the inputs and outputs yourself, the software does this itself behind the scenes.

What are transaction costs?

Cryptocurrency software converts the amount and public key to which the cryptocurrency must be sent into a digital ‘signature’. Miners verify the transaction based on the digital signature. Once the transaction has been checked and validated by the miners, it is recorded in a block.

Table of contents
Beginner - Lesson 8
Go to the next lessonAre public blockchains safe?